The China Council for International Cooperation on Environment and Development (CCICED) held a Policy Studies Release event on September 17th and 18th in Beijing, with an in-person opening and reception (virtual for those unable to travel to China) on the 17th. The event was held in the format of a webinar with live broadcast by the Renmin (People’s Daily) news group and the PAPER News, with open online participation by interested parties and the general public. The Sino-German Environmental Partnership Project, which is implemented by GIZ on behalf of the BMU, contributed to this event as a supporting organization.

Mr. ZHAO Yingming, the Vice-Minister of China’s Ministry of Ecology and Environment (MEE) and Secretary General of the CCICED, chaired the opening session. The chief advisors Mr. LIU Shijin and Mr. Scott Vaughan introduced the CCICED 2020 policy studies, followed by remarks by several Council members as well as partner representatives based in Beijing. 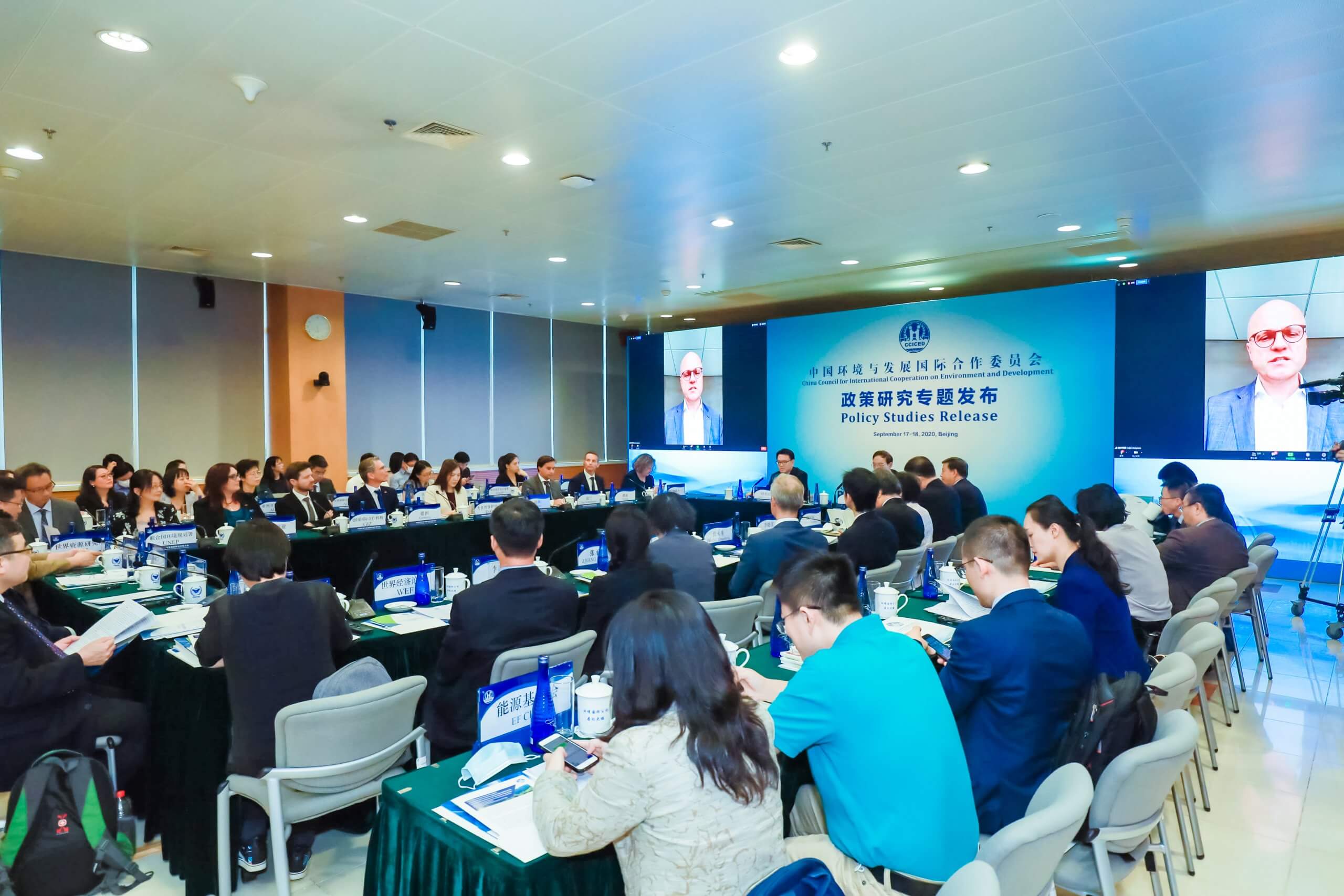 During the meeting, the CCICED released its 2020 Annual Policy Recommendation “From Recovery to Green Prosperity: Accelerating the transition toward high-quality green development during the 14th Five-Year Plan period” and its 2020 Issues Paper “Recovering Forward.” Furthermore, each of the CCICED’s ten Special Policy Study (SPS) working teams released their research reports.

Speakers highlighted the importance of building a community with a shared future for mankind and jointly making efforts on protecting biodiversity and mitigating climate change. To effectively coordinate epidemic prevention and economic growth, China will adhere to the guiding concepts of the “Ecological Civilization” and the “Two Mountains Theory,” prioritize environmental protection and promote green development, according to a CCICED press release (in Chinese). China will also actively contribute to global environmental governance, the “Belt and Road Initiative” development and fulfilment of the SDG 2030 Agenda.

The CCICED will continue to support the drafting of China’s “14th Five Year Plan” with policy research and recommendations in the areas of Ecological Civilization, green and low-carbon transition and green recovery after the COVID-19 epidemic.

The digital format and open live-broadcast offered a broader group of state and non-state actors an opportunity to participate in the event. The CCICED research results were distributed to a wide range of audiences.