The Convention on Wetlands in Wuhan 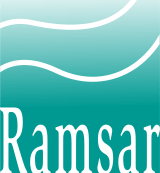 China, as the COP 14 Chair, will provide overall leadership for the Convention. The Conference will focus on the theme of “Cherishing Wetlands: Harmony between People and Nature” and deliberate on strategic issues for the development of the Convention. Major results are the publication of the Wuhan Declaration, the Strategic Framework of the Convention and other outcomes of the Conference. The Chinese Government will play its role as the President of COP 14 and join hands with all parties to make new contributions to the realization of a better future in which people and nature live in harmony.